A History of Cake

Home / Products / A History of Cake
â€¹Return to Previous Page 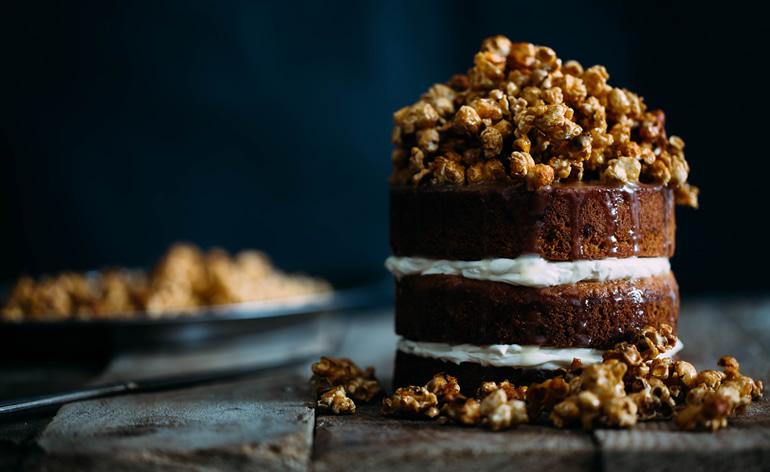 Cakes as we know them today are very different from those first make in ancient times.  Did you know that the word cake derives from the old Norse word ‘kaka’?  Baking in many forms has been around for millennia; in the Swiss villages of Wangen and Robenhausen calcined remains that date back to the Stone Age have been found of a type of cake.  These Stone Age cakes were made from grains that had been crushed, possibly between stones, moistened and made into a ‘cake’ before being cooked on hot stones.  Although these cakes are more of an unleavened bread, they are the beginning of cake as we know it today.

Whilst the original cakes were more like a sweetened bread, the Ancient Greeks were a bit more creative in the kitchen and are credited with inventing the first cheese cake, and many references to cake are made in their literature and art.  Greek writer Athenaeus of Naucratis is wrote the first cheesecake recipe in 230 A.D.  Another type of cheese cake that was favoured with the ancient Greeks was Plakous made with basic ingredients of cheese, honey and flour, which was often offered to the Gods in sacrifices.

Cakes have played their part in many ancient rituals over time, some of which are still continued around the world today, such as the Chinese mooncakes to celebrate the Harvest Moon festival, the Galette des Rois in France, a flaky pastry which celebrates the arrival of the Three Wise Men in Bethlehem, and of course the much loved Christmas Cake that is still a tradition in many countries.

Cakes were made using yeast as the leavening agent, up until about the 17th Century, after which time beaten eggs became a more preferred method of helping to create a light mixture.  It was during the 19th Century that technology brought a new innovation to baking with the creation of the chemical raising agent bicarbonate of soda, which when combined with an acid such as vinegar, or lemon juice helps the cakes to rise by creating bubbles in the mixture.  Manufacturers of bicarbonate of soda and baking powder (a mixture of sodium bicarbonate and a mild acid such as cream of tartar) produced recipe leaflets to help housewives produce different cakes, which lead to a rise (do you see what we did there) in cake baking in many households across Europe and America

Here at the Tea Junction our Maltese Pastry chef likes to create her own ideas for incredible cakes with a dazzling array of flavour combinations such as Guinness and Chocolate, and our famous seven tier, seven flavour Rainbow Cake.  No matter what your favourite type of cake, they are all the perfect accompaniment for a nice cuppa from our vast range of teas.

Social
« The history of tea in Britain: Google celebrates the cuppa with a Doodle
Celtic Media Festival »